Can a FireStick Be Connected to Ethernet?

Yes, an Amazon Fire TV Stick can not only work with your wireless router but also an Ethernet connection. All you have to do is to cut the right Amazon Ethernet adapter for your Fire TV Cube or Fire TV Stick device.

Should You Get an Amazon Ethernet Adapter for Fire TV Stick 4k? 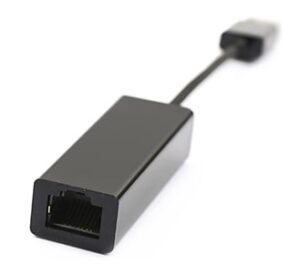 For the most part, no. You can stream content from Fire TV Sticks without converting them into micro USB TV sticks or a USB power cable for a working Ethernet port.

An Ethernet port enabled via a micro USB port on your FireStick may be the way to go if you have a slow internet connection. People who have their Fire Stick in a different room than their WiFi router can probably benefit from a USB Ethernet adapter. Wired internet has its own advantages, but if your WiFi signal isn’t strong enough, you may need to use a Fire TV Ethernet adapter.

Another reason to think about FireStick Ethernet adapters is if you like fast download speeds and stable internet access. Poor wireless signal problems are common. Therefore, you can’t expect your WiFi connection to perform up to the level of a wired Ethernet connection. 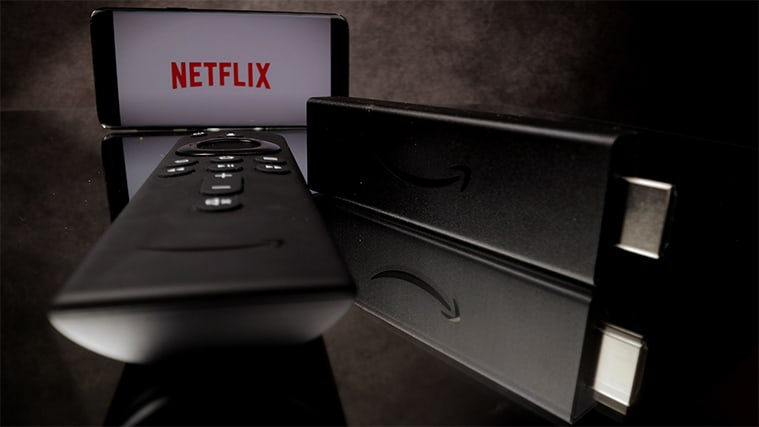 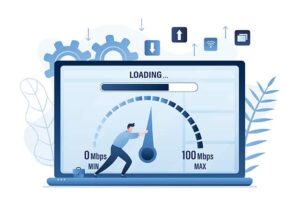 The first thing you need to understand here is that a good Ethernet adapter works as a mediator. You stick it where you stick your Fire Stick device’s USB power supply cable, not in the HDMI port.

In other words, that slot in your Fire Stick device where you insert the USB cable, that’s where your adapter will go. Using the adapter isn’t hard since most streaming sticks’ micro USB slots support it, including Amazon Fire TV devices. 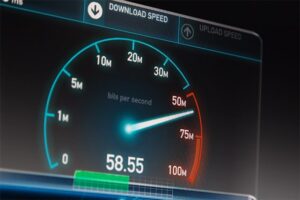 Once you’ve installed the Ethernet adapter correctly you’ll not only get rid of the weak WiFi signal problem but any other problems you had with your wireless connection such as lag and slow download speeds.

Practical Ethernet adapter devices have no problem working with old wireless router devices and enhance your network connection strength in the process.

Now, even though we said that you can use either to get rid of problems such as poor network performance, there are some subtle differences.

The first difference between the two is the cable type. The official Amazon Ethernet adapter comes with a female micro USB connector or LAN port. This is the port in which you stick your current micro USB cable that you use to power your Fire Stick.

On the other hand, the Ugreen Ethernet adapter for Amazon Fire Stick comes with the standard USB cable which is labeled as male. You have to take that cable and plug it into your Fire TV stick for a stable internet connection.

We should also mention here that apart from giving you a stable network, the Ugreen Ethernet adapter also works with the Google Home Mini and Chromecast. This ability to work with another streaming device might be something that moves you away from the official adapter towards Ugreen when it comes to fixing your congested WiFi network.

While both devices are pretty much plug-and-play for transforming one’s slower Wi-Fi connection into a faster wired connection, they work in slightly different ways. The official Amazon adapter for Amazon streaming devices has three ports. One is for Ethernet, one is for power and the third port is an “out port” which you use to give your Fire Stick power to watch TV, movies, etc.

Step 1: Connect the FireStick Ethernet Adapter to Your FireStick Device

This step is pretty simple. The first step to improve your internet connectivity with a FireStick Ethernet adapter is to simply pick it up and plug it into your Fire TV device.

To get a fast FireStick Ethernet wired connection you need an Ethernet cable. Once you have it, ensure that the other end is connected to your router and modem, and then plug it into your Amazon Fire TV Stick Ethernet adapter. Then move on to the next step.

Step 3: Take Your Fire Stick Power Cord and Plug It in Your Amazon Adapter

How to Connect Ugreen Ethernet Adapter to Fire TV

Step 1: Plug Your Ethernet Cable Into the Adapter 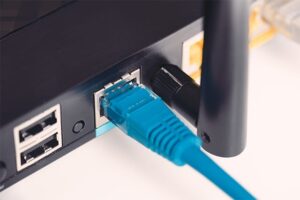 The Ugreen adapter has an Ethernet port at one end. Take your Ethernet cable and plug it directly into the adapter. It goes without saying that you should make sure that the other end of the Ethernet cable is securely connected to your modem or router depending on how your WiFi connection is set up.

Sometimes, you have a router and a modem while at other times a single device does all of the work. Most of the time, if your internet service provider gave you a modem then the modem doubles as a router.

If you have your own setup then it’s highly likely that you’re using a modem and a router. In the case where you are using two devices, you just need to plug your Ethernet cable into your router. 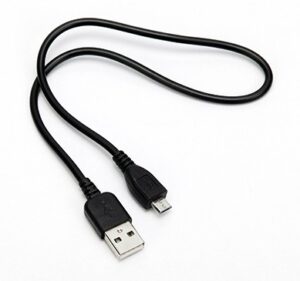 Step 3: Provide Power to Your Adapter

The Ugreen adapter has a USB plug via which you can provide its power. Complete this step and you’re pretty much done.

To check if you’ve succeeded in changing your wireless connection to a wired one, you should go to the Settings menu on your FireStick. Then go to Network and click on the option that says Configure Network. Once you do so, it should say Wired(Connected) on the right-hand side of the Fire TV screen. 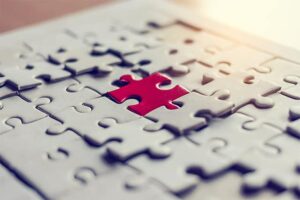 You can face compatibility problems when trying to use Ethernet adapters with your Fire TV Stick device. The adapters themselves are usually in perfect condition. But sometimes, if your fire TV device is too old, it may not work with an adapter.

More specifically, if you’re using a first-generation FireStick device then you can’t use on the go or OTG devices with it. You’ll need to root your device first. People who have Fire Stick devices from the second generation of Amazon devices can take advantage of Ethernet adapter devices by default.

As mentioned throughout this guide, all they need to do is to buy the Ethernet adapter device and then plug it into their FireStick device (with some additional steps which we have mentioned above in their respective sections). 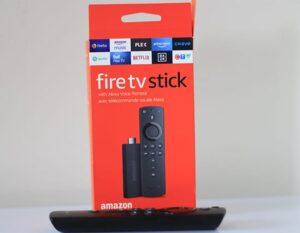 People who own a FireTV device from the third generation of devices can also use Ethernet adapter devices without going through an update or root process. The third generation of FireStick devices is sometimes labeled as Fire TV Stick 4k. As you might guess from the name, these devices have the ability to stream 4K content, unlike other streaming device generations.

Now, the real question becomes, should you do that? Should you take the risk of trying to root your FireStick device, potentially bricking it in the process?

Our recommendation is a firm no. Especially if you don’t have training or experience rooting devices. It’s not worth the risk to brick your FireStick device just to have a faster internet connection. Moreover, you can always sell your first-generation FireStick device and use the money to purchase a newer model. 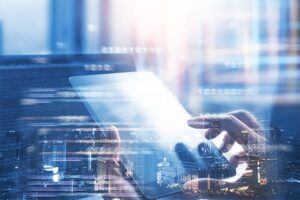 The vast majority of FireStick users will never need to use an Ethernet adapter to get better internet speeds and fewer buffering issues on their streams. That’s because of the way the FireStick works and the hardware that it comes with inside the stick itself. It typically doesn’t have a problem with WiFi connections.

Sometimes though, users find themselves in situations where their router is far away from the FireStick device, or maybe the bandwidth is too low or there are too many objects between the FireStick device and the router. As a result, they can face WiFi problems on their FireStick. 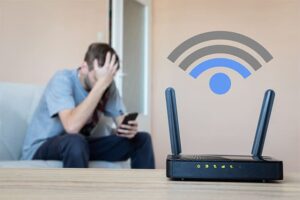 For these users, going for the wired network option is not only viable but preferable. A slow WiFi signal is much worse than a slow wired network. Plus, no matter how low your bandwidth is, the wired online connection can at least get rid of interference problems.

If you refer to the proper sections, you’ll find that all you have to do is use the proper cables and connect them in their designated slots to start using an Ethernet connection with your Amazon FireStick.

Once you do that, the FireStick device will automatically search for any nearby WiFi signals that it can use for a smoother network connection. Not only that, if you try to connect it to the same WiFi network that you connected it to before you went the wired route, the FireStick will autofill your network credentials.

On the other hand, proponents of the unofficial Ugreen adapter device say that it’s the best since it doesn’t limit bandwidth size and is easier to buy, replace and get fixed. You’ll have to look at the two options and decide which of the benefits and drawbacks of each device suit your needs the best.