While staying at home during the coronavirus pandemic, many people have had an opportunity to take a close look at their home theater setup. Many of them have noticed that their systems are lacking, especially as many people are still at home for the time being.

For such people, streaming is typically their primary source of entertainment. The most accomplished streaming device is the Amazon FireStick. 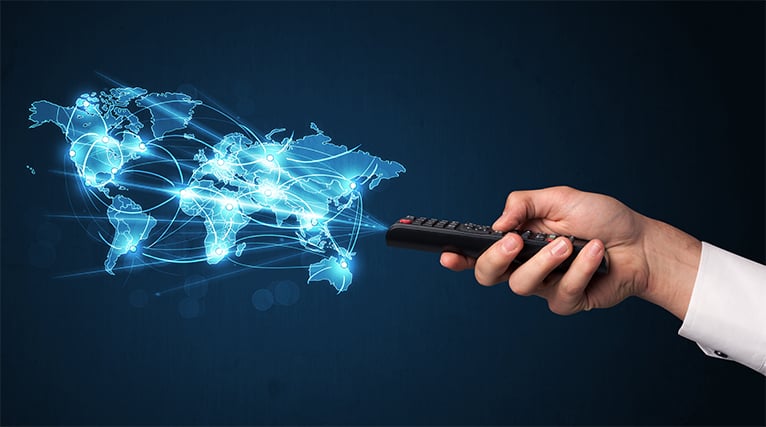 Since the FireStick doesn’t work without a remote, you need to be sure to keep track of the one that it comes with and keep it from getting damaged. Unfortunately, there are cases where the remote gets lost or damaged despite your best efforts to keep it safe. 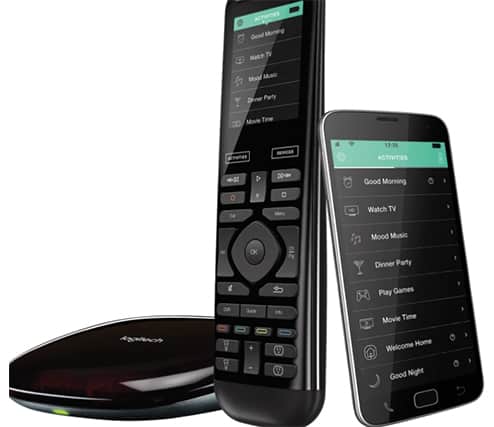 Not that you’d need to worry about it but this remote can support over 250,000 devices. It works best with the Amazon FireStick but it can also work with a host of other smart devices such as Apple TV and PlayStation. All Logitech Harmony Elite universal remote controls for FireStick come with a charging station that allows the remote to charge when it’s not in use.

Both the Google Play Store and the Apple App Store offer the Harmony app which helps users install the hub for the Logitech Harmony Elite via Bluetooth. The app not only works with Logitech devices but also with any supported smartphone device. The app can even make your smartphone work as a universal remote. You just have to make sure that your smartphone and the device that you’re trying to control have Wi-Fi and are on the same network. 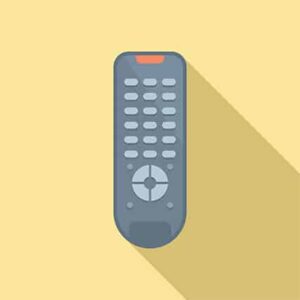 As far as the buttons on the remote are concerned, they provide many customization options and general features. The remote offers different buttons for controlling different devices such as thermostats and light bulbs. Logitech Harmony Elite has a strong enough signal to even provide functionality for devices you may have stored in a cabinet.

The remote control’s one-touch feature sets it apart from the rest of the crowd. In our opinion, this feature puts this universal remote above the competition. It allows users to save customized settings that they can then use to cut down on the time it takes their TV set to turn on and play content.

The remote comes with a pretty lengthy user guide that covers every feature that it has to offer. There are even tutorials available to further help new users. 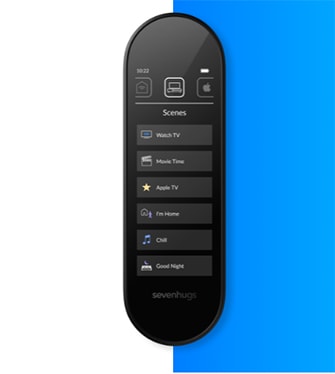 Sevenhugs is a good choice of universal remote for FireStick because it’s very competent at consolidating different entertainment device remotes. If you get the setup right you can control your gaming consoles, surround sound system, cable channels, satellite TV, any other audio or video tasks and streaming devices from a single remote control. Fire TV devices are included in that list.

Not only that, but you can also control light bulbs and smart plugs with Sevenhugs.

The only types of smart devices that you can’t control with Sevenhugs are thermostats and blinds.

As far usage is concerned, it’s relatively straightforward to use Sevenhugs since it doesn’t require any user input to detect devices. It does it automatically. You may have to spend some time pointing the remote toward the desired device but once it detects the device, it will change its interface to match the device’s functions as closely as possible.

For example, let’s say you have a FireStick device that you want to control with Sevenhugs and a couple of other devices that don’t have anything to do with Amazon. With Sevenhugs, you don’t need to worry about changing profiles because when you point it towards your Fire TV, it will change its UI and present you with functions that are related only to the FireStick. If you want to adjust your lights, all you have to do is point the remote towards the smart lights and it will change its UI and present you the relevant options such as color, brightness and status. 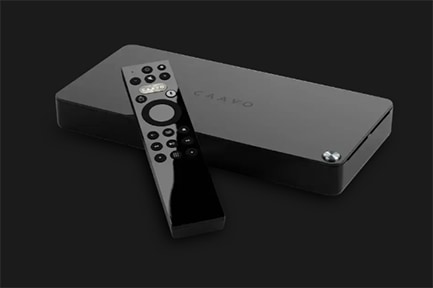 It’s quite difficult to snatch any sort of market share from elite universal remotes like the Logitech Harmony Elite and Sevenhugs. But the Caavo Control Center offers enough features at a low enough price to convince many users that a switch may be worthwhile.

You can get a Caavo Control Center for $59. However, if you want to use all of its advanced AI-powered features then you’ll have to subscribe to a recurring package. You can pay the service $4 per month for all the advanced features.

Once you start feeling comfortable with that, you can sign up for a full year by paying $40. If you want to get rid of the subscription fees, you can pay the company $160 or $199 for a lifetime plan, depending on the discount you get.

Now, Caavo Control Center tries to get one over on the Logitech Harmony by offering users not just a smart remote that works with everything but also an HDMI switch.

All that the user has to do is plug their devices into the HDMI switch and Caavo Control Center takes care of the rest. You don’t need to input anything manually as Caavo will automatically recognize and validate your setup. Caavo also comes with a fully-featured voice control system along with a screen that displays helpful information about how to watch content via your multiple streaming services.

As for the design, we found it to be fairly sleek and functional. It comes with a remote finder feature which can save you a lot of headaches in the long term.

Just like the Logitech Harmony Elite, Caavo doesn’t require the user to establish a line of sight before the remote starts working. The switch we mentioned before doubles as a hub. For users who like voice commands better than buttons, Caavo Control Center provides support for Google Home speakers and Alexa voice assistants on FireStick. 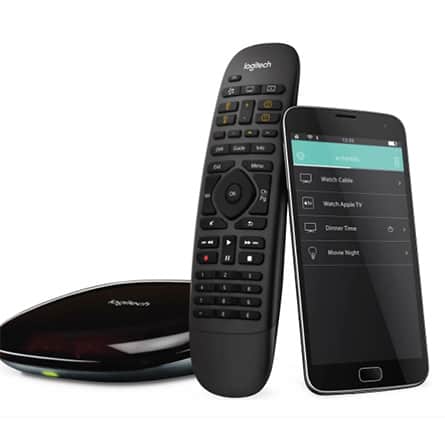 As far as value for money is concerned, this one is a winner in more ways than one (it knocked the Logitech Harmony Smart Control off our list of best universal remotes for the Fire TV device). Of course, it won’t offer the exact same set of features and compatibility prowess as the Logitech Harmony Elite but it can hold its own when it comes to the set of standard functions that a user expects from a universal remote control.

Just like the Harmony Elite, it offers a color LCD touchscreen and allows Fire TV users to control not just their FireStick but any other smart device they have. That includes an Apple TV.

The package comes with full voice control for Alexa via Fire Stick and offers the Harmony app that allows users to set custom commands for different activities such as watching a TV series or movie. As for device support, it’s the same as Harmony Elite. Mainly all Fire TV and Fire Stick devices that are 2nd generation or later. Depending on where you buy your universal remotes, you can find the Harmony Companion universal control for around $150. 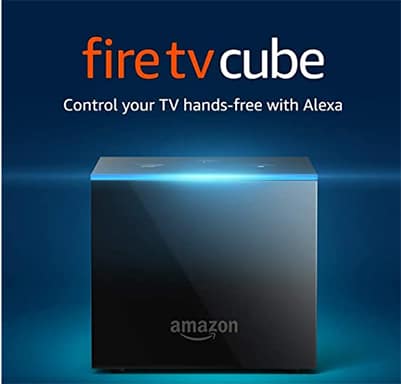 The Amazon Fire TV Cube can control all of your home devices. Especially when they’re other Amazon devices such as Fire TV Stick 4K and Amazon Echo.

Each Fire TV Cube device comes with an IR emitter. This is the technology that controls all of your smart gear. Moreover, with advanced AI technology enabled, the Fire TV Cube can hear your commands even if you have audio playing in the background.

The only problem with using the Amazon Fire TV Cube as a universal remote is that it doesn’t offer sufficient customization options. So don’t throw your old remotes away just yet. You’ll have to pay around $80 for the universal remote and device in a discount season. Outside of that, the cheapest you can get it for is around $120. 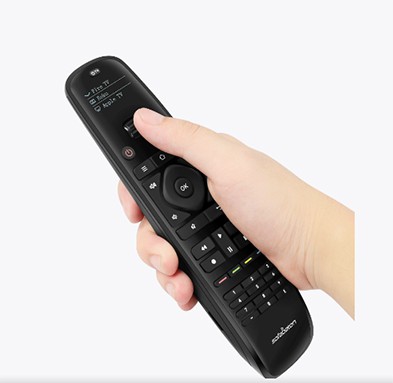 This universal remote is also very adept at controlling not just your Fire Stick device but also your other entertainment systems. As mentioned before, the main objective of buying a universal remote is to control many different smart devices with a single remote. With that objective in mind, we’re confident that the SofaBaton U1 will fit the bill no matter how complex of a setup you have at home or the office.

Not only that, it’s one of the most affordable universal remotes you can find that offers this many options to control your devices. It supports Bluetooth as well as IR devices, which is great if you want to control Fire Stick or Fire TV remote in addition to your DVD player, wall screens and TV sets. 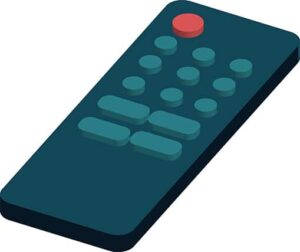 Ultimately, the best universal remote for FireStick in 2021 will come down to your own preferences and the type of devices you already own. If everything you own in your house, as far as smart devices are concerned, is made by Amazon then the Fire TV Cube will make a lot of sense for you (assuming you aren’t happy with your current Fire TV remote.)

Otherwise, the Logitech Harmony Elite (other Logitech Harmony remotes are fine as well compared to the standard Amazon Fire TV stick remote) is the king of universal remotes when not taking into account the price you have to pay for it.