Skip to content
Home » How To Block Ads on Crunchyroll
No one wants to download videos anymore as streaming has become the most popular choice for their entertainment needs. The easiest way to start watching content is to sign up for a good streaming service like Netflix or Amazon Prime Video.

For anime fans, these two services are way down the list of the best streaming services for anime content. When it comes to anime content, Crunchyroll and Funimation (and increasingly AnimeLab and RetroWatch) are the premium services that offer good anime content. These services have made efforts to ensure that only the best anime content is available on their platforms.

With options available to watch anime on any given device with an internet connection, Crunchyroll has had the biggest impact in terms of expanding the reach of Asian content outside Japan and South Korea. Of course, it’s had to face competition from other streaming services and ad blockers. 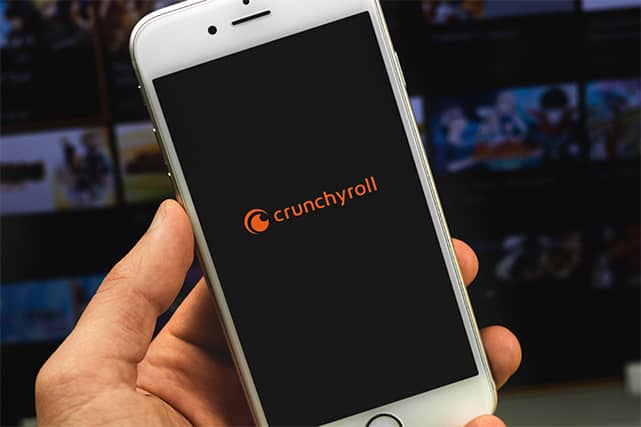 That leads us to the question of how to block ads on Crunchyroll. The answer depends on which ad blocker you’re using, how you’re using it and what device you’re using.

How Do I Block Crunchyroll Ads? 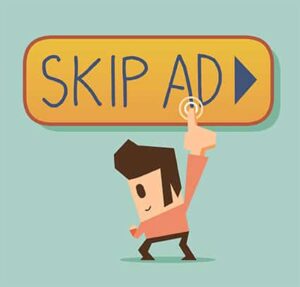 There are two main ways you can use to block annoying ads on Crunchyroll. One way is to sign up for the premium Crunchyroll subscription plan. That grants you a host of other benefits that we won’t talk about here except for advertisement removal. The premium version will allow you to watch Crunchyroll with no ads so you can watch your favorite anime content without interruptions.

The second method is to not use the Crunchyroll app and instead switch to the Crunchyroll website. This is the best free method for how to block ads on Crunchyroll because many ad blockers are successful at blocking ads on websites.

Currently, we don’t know of a single ad blocker that can get rid of ads reliably and consistently without breaking the website or the Crunchyroll app. Of course, a lot of Crunchyroll users want to know the best way to block ads on Crunchyroll without a premium subscription. Keep reading to learn how to do so. 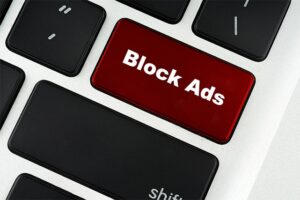 There are two ad blocker services that we recommend. AdGuard and uBlock Origin are both great options for how to block ads on Crunchyroll. Both are fantastic at getting rid of Crunchyroll ads and any other website you want to use.

AdGuard is particularly useful for Crunchyroll since it’s established itself as one of the elite ad blockers that work all the time.

Moreover, AdGuard apps are made for not just PC and Mac but also iOS and Android. You should have no problem using AdGuard on any of your devices to get rid of ads on Crunchyroll. Just make sure you download the right AdGuard app for your device.

Once you get the combination right you should be able to see visible changes to the home page of Crunchyroll. You’ll no longer see ads on the sides of the content or anywhere else. Ad blockers like AdGuard also do a good job of cleaning up your favorite site’s homepage if there are too many ads or graphics to distract you from your content. 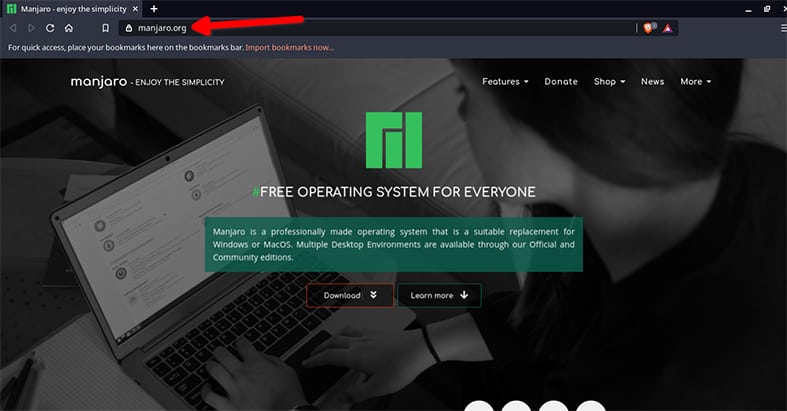 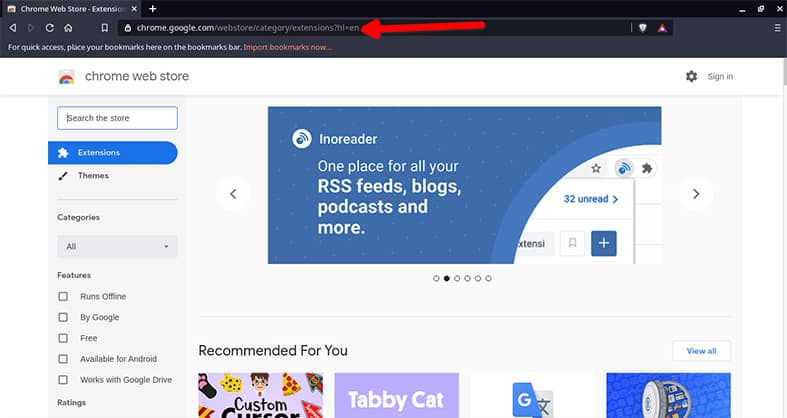 We’re assuming you’re using either Google Chrome or a Chrome-based browser like Brave or Opera. For Mozilla Firefox, you’ll have to go to the Firefox extensions website and search for AdGuard as your ad blocking software of choice.

Step 3: Go to Crunchyroll and Block Pop up Ads 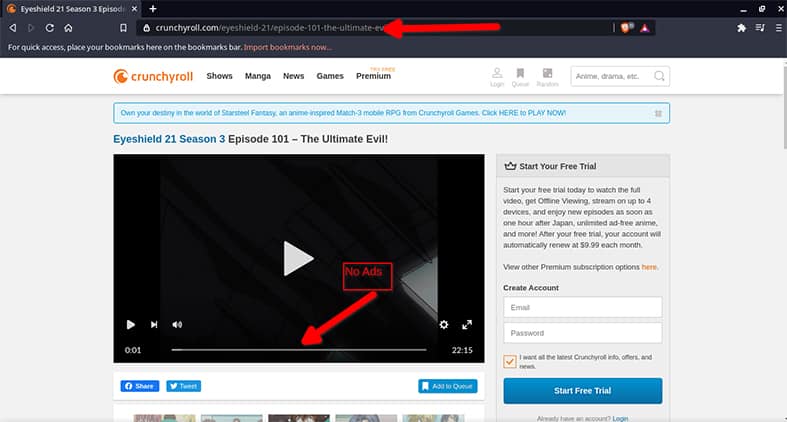 Can I Use an Ad Blocker on Crunchyroll for Video Ads?

Yes, you can and probably should. While the ethics of using an ad block service aren’t clear, that shouldn’t stop you from using one for Crunchyroll and any other streaming site like YouTube or TubiTV.

Just make sure you’re using a suitable ad block service for your device and your app. For example, AdGuard offers a ton of apps for blocking ads on Crunchyroll on various platforms. 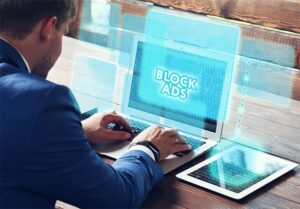 As mentioned before, the easiest way for you is to install their browser extension either from the website or from the Google Play Store. For a better selection of ad block options from AdGuard, you’ll have to go to their website and see which of their products will suit you the best.

Keep in mind that AdGuard used to be pretty average on Safari, but that’s no longer true. AdGuard recently rolled in a host of updates for their Safari AdGuard app and now it works pretty well even with the extra restrictions Apple puts on developers.

You can install AdGuard directly from the App Store if you want. The Crunchyroll AdGuard block will not only get rid of ads on Safari and other browsers for you but will also install some other security measures. More specifically, it will install a tracker blocker that alerts users if it finds some suspicious activity happening on malicious websites and stops loading it.

Ads didn’t use to present a problem to free users on Crunchyroll but for the past year or two, the number of ads users have to see to watch a single episode of their favorite anime has grown by a huge margin. Not only that, but Crunchyroll has also introduced more advanced ad blocking circumvention scripts. These are able to make most ad block apps useless.

That is why it’s sometimes better for you to download ad block apps for your operating system rather than the browser.

AdGuard has those apps that you can directly install on your Windows computer. You’ll still need to view Crunchyroll content via your web browser though.

How to Block Crunchyroll Ads on Mobile?

On the Android platform, you can’t find AdGuard via the Google Play Store. Instead, go to the AdGuard website and download AdGuard for Android. You may have to enable Apps From Unknown Sources on your mobile devices.

Each mobile phone manufacturer has its own way of getting to this setting but generally speaking, you’ll first have to go to the Settings menu and then to App Permissions or Special App Permissions to finally enable Apps From Unknown Sources.

In any case, once you download the file, launch it from the browser you downloaded it from and give it all the permissions it needs. Then you’re good to go. Note that there’s an app on the Google Play Store called AdGuard Content blocker. Don’t bother using this app because it doesn’t work for Crunchyroll.

AdGuard works best with Google Chrome. If you don’t have it, install it from the App Store to watch Crunchyroll videos while using an ad blocking extension and have an ad-free experience without a premium membership.

Bonus Method: How To Stop Ads on Crunchyroll Without Ad Blockers 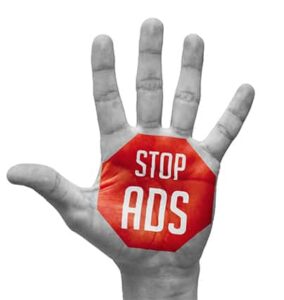 We understand if you don’t want to pay $6.99 per month for your Crunchyroll account. But you still want to get rid of those annoying ads that Crunchyroll and other websites keep showing you on the free account just because you don’t have a Crunchyroll premium membership.

What if we told you that it’s possible to get the premium Crunchyroll experience without purchasing the Crunchyroll premium subscription plan? How? With Guest Passes.

Crunchyroll doesn’t like to talk about this much, but a person who’s already purchased the premium package gets a code every month that they can pass on to their friends. This code will give them access to the premium Crunchyroll experience for 48 hours, meaning no internet ads while watching anime.

Of course, this is a temporary solution since Crunchyroll has a limit on the number of Guest Passes that you can use.

Currently, the limit is 10 passes every six months. In other words, Crunchyroll probably knows that some people are trying to game the system and create multiple accounts for more premium access to anime content without paying a dime.

So how do you get a Guest Pass? Go to Reddit. Crunchyroll fans hang out on Reddit forums all the time and all you need to do is log in to Reddit on a Thursday and catch the Reddit Weekly Guest Pass megathread. If you’re quick enough, you should be able to get one. Of course, you’ll have to compete for it with other anime fans.

Finally, you can go to Facebook and look for groups where Crunchyroll fans discuss anime. Facebook has dozens of such groups that you can use to find Guest Pass codes.

There are three main ways to block ads on Crunchyroll. One is to sign up for the premium package. Another is to only view content using your web browser and install an ad block browser extension or an ad block app. The third method is to somehow get hold of a premium Guest Pass that gets rid of ads for at least 48 hours.

Why Does My Ad Blocker Not Work on Crunchyroll?
Like any good streaming service that wants to grow and increase its revenue, Crunchyroll keeps updating its algorithms that work to make ad blockers useless. Your ad block service may work with Crunchyroll one week and stop working the next.
Why Does Crunchyroll Keep Playing Ads?
Depending on how we interpret this question, it could have different answers. If you’re wondering why Crunchyroll keeps showing you ads, then the answer is that it needs to make as much money as is possible to grow as a business. It can only do that if it shows you ads.

However, if you meant by this question that even when you use ad block services, ads continue to play on Crunchyroll then the answer is that Crunchyroll might have updated its anti-ad blocker code and your ad blocker, that once worked with Crunchyroll, has stopped working. In that case, you should get a new ad block service or get a premium Crunchyroll subscription package.