Skip to content
Home » Chromecast vs. Firestick – Which One to Buy?

Are you in the market for a streaming device? By this point, you have searched the internet and asked friends over deciding on Google Chromecast or Amazon Fire TV Stick. But the real question is, which one are you going to buy?

Choosing between two great entertainment brands can be a challenging decision. Especially considering the comfort accompanying the usage of each brand.

Also, Chromecast and Amazon Fire TV stick are great products from Google and Amazon, respectively. Because everyone wants to experience entertainment that comes conveniently, choosing the best product is essential. 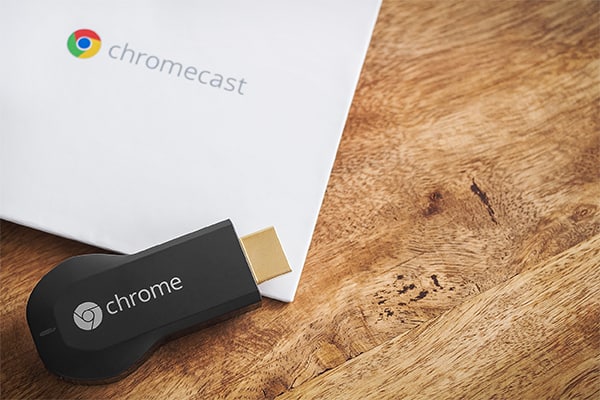 For everyone looking for the best streaming sticks, FireStick Blog delved deeply into analyzing both Chromecast and FireStick. You won’t need to overthink again before deciding which to choose: Chromecast vs. FireStick. 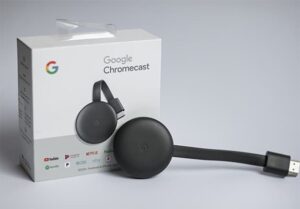 Users can stream content from their devices, such as a phone, tablet or computer, onto the big TV screen. They can also engage in streaming content via YouTube and Hulu from their phone to their TV. Chromecast is easy to use and can be controlled without the need for a remote, although a smartphone is required.

Users can control playback from a mobile device or a personal computer through mobile and online apps that support the Google Cast protocol. You can also use Google Assistant to control the device. Another option is to clone media from a computer’s Google Chrome web browser or the screen of some Android devices.

On July 24, 2013, Google announced the release of the first Chromecast, priced at $35 in the United States. After that, the video streaming gadget received a series of upgrades. Google has now published the most recent version, branded Chromecast with Google TV. 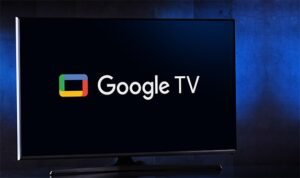 In September 2020, Google released the newest model, Chromecast with Google TV. This new version has a remote control and an interactive user interface. The product is enhanced by the Google TV component, which adds Google TV capabilities to the Chromecast device.

Because the Chromecast with Google TV has Google Play Store apps, users can obtain most streaming apps directly on the TV screen instead of projecting them from a smartphone. Users may not use their phones to navigate the gadget because this version has remote functionality. 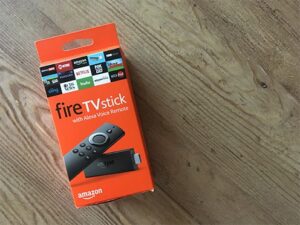 This Amazon streaming product arrived on Oct. 20, 2016. The Amazon FireStick is a media streaming stick that allows users to watch videos, install apps and listen to music on their television. The Amazon Fire TV Stick is an Android-based device that converts a regular television into a smart television. You can use the Fire Stick with any TV that has an HDMI connector and supports HD or UHD video.

The Firestick is easy to set up and offers voice control for controlling your TV and security cameras. The Amazon FireStick comes with an optional remote, one of the differences between it and Chromecast. To change channels, you’ll need Alexa voice control instead of Google Assistant. However, both FireStick and Chromecast share a similar function in that they both include smart home characteristics.

Choosing Chromecast or FireStick is such a strong tie for users. Their functions might be similar, but both have distinct expressions. This section will focus on comparing the notable differences between the two devices. The comparison will check the price, interface,  channels and other key differences. 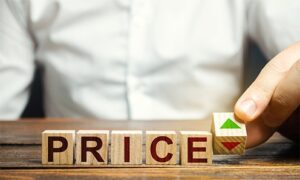 One significant difference that might influence your decision on the two streaming services is price. Google Chromecast offers users a quality experience at a lower cost compared to FireStick. Both Google Chromecast and Amazon Fire TV cost between $30 and $40. Although Chromecast does not come with any remote, users can control and navigate the interface easily with their smartphones. Additionally, both do not require a subscription before usage, but some major streaming services, such as Netflix, Hulu and other channels, require payment.

With Chromecast, you may cast any content on the TV from any of your smart devices. The FireStick has HD streaming and voice search via the Alexa Voice Remote and more sophisticated TV controls are all available. Chromecast users can also use Google voice commands just like FireStick users.

While both provide outstanding service, none is without limitations. If you want a less expensive option, Chromecast, which has the same quality as FireStick, is a good option. And if having a TV and remote controls are important to you, the FireStick could be a good choice. However, there is a cheaper version of Amazon Fire TV Stick, which is Fire TV Stick lite. The price of the Fire TV Stick lite can still compete with Google’s Chromecast. However, the latest version of Chromecast, Chromecast with Google TV, also comes with a remote control. 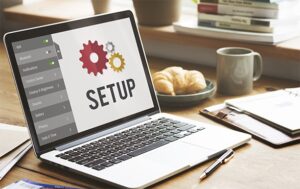 While setting up your services on the Fire TV Stick, typing in emails, passwords and other needed information is required. The setup method differs from that of Google Chromecast. Users only need to use the Google Home app and Face ID on their phone to set up Chromecast. Google will use this information to generate other users’ information to finish setting up their Chromecast.

Because Google manages password storage for users, setting up Chromecast is simple. When a Google customer attempts to use one of the saved passwords, the required password is immediately retrieved. With Chromecast, certain logins will be necessary, although they will be minimal.

For both streaming products, users must log in to their various accounts to use them. Users of Google devices may find it easy to use the Chromecast and synchronize with any Google device linked to their Google account. Similarly, Amazon users may want to stick with Amazon devices due to the ease of syncing. Different technology methods may be employed to use each of the streaming devices’ interfaces, but users should be cautioned that this can expose the devices to security risks. 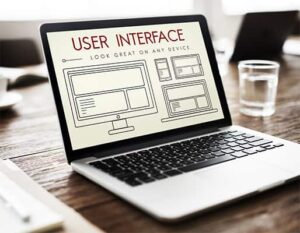 Google and Amazon have been great competitors in functionality. Since neither necessarily requires users to be tech-savvy, some people may struggle with choosing the most suitable. About the interface of these devices, Google Chromecast tends to offer an intuitive user interface.

Chromecast has the most polished appearance, as well as the most practical functions. While Amazon’s Fire TV offers a fantastic user experience, the tile arrangement is clunky, and there isn’t enough room for a sharper view. The rationale for this interface design is that Amazon is attempting to display more tiles that broadcast advertisements for the upgraded Amazon Fire TV Stick 4K edition. Amazon’s UI is a bit more cumbersome than Chromecast, which is also more graphically appealing.

Recently, both devices have upgraded to offer users the best interface. Google TV’s interface runs on top of the Android TV operating system but has a different appearance. It comes with a specialized control and is pre-installed in Chromecast with Google TV. Based on the user’s viewing patterns, the interface organizes movie and TV program recommendations. Later in this article, we’ll cover this aspect of content suggestion in further detail.

Amazon also released a major upgrade to the Fire TV interface, which features a more simplified main screen, user profiles and a “Find” menu to make searching for content easier. 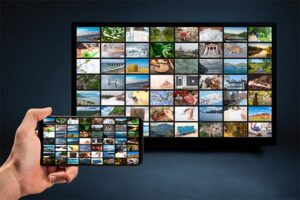 Chromecast and FireStick both provide full HD streaming. As a result, both devices are excellent choices for extending the life of an old television or enhancing an old TV to a smart TV. Amazon claims its Fire TV sticks are equally powerful and include Dolby Atmos audio compatibility.

Both devices’ upgraded versions operate in the same way but with slight differences. Chromecast with Google TV supports 4K video with Dolby Vision, HDR10 and HDR10+, while Chromecast only supports 1080p. The Fire TV Stick 4K allows users to stream in 4K quality, is superior to HD and has the most widely available and popular resolution. To get the best results with this Fire TV device edition, you’ll need a 4k TV.

Although the two streaming devices perform similarly, the FireStick and Chromecast are easily distinguishable in appearance. The Google Chromecast is a small, black dongle with a flexible HDMI cable. The HDMI cable allows you to connect the Chromecast to any other devices that are using up other ports. The Amazon Fire TV Stick has a black USB-style stick shape. It’s small and thin, and it’ll fit in between any other devices around the TV’s HDMI port.

The Alexa voice remote control is also included with the Amazon FireStick. The remote is black and slim, with 11 buttons. A voice button for activating Alexa is one of the remote’s features.

Similarly, the latest FireStick and Chromecast devices are physically different. The Chromecast with Google TV is oval and comes with a short HDMI cable, but the Fire TV Stick 4K is compact and rectangular in design with an integrated HDMI connector.

The Chromecast streaming list was once quite limited, but it has expanded to include all major streaming services and apps, such as Netflix, YouTube and Amazon Prime Video. This Google device supports all the apps, channels and major services in the streaming market, including those listed below.

The Chromecast also enables multi-user streaming. Switching between accounts is made easier with the media player. There’s no need to re-login to your accounts or share passwords because any household member may watch directly from their smartphone, tablet or PC.

There’s no need for a separate device like a smartphone or tablet while using the Amazon Fire TV Stick because streaming is through the Fire TV interface. Then, you can use the remote control or voice commands to navigate. The following are some of Fire Stick’s available apps and channels. 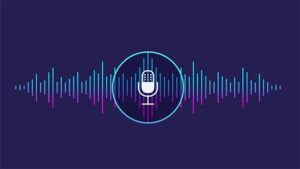 Through the compatible voice assistants, both Google and Amazon devices offer voice control. The Google Assistant is available on Chromecast, while Alexa is available on Fire TV Stick.

Fire Stick customers can activate Alexa by pressing a button on the Alexa remote. Chromecast users can use Google Home devices, also known as Google Nest. Connect any Google smart speaker to the Chromecast and ask Google Assistant to control the TV using voice commands. You may use voice searches to find content and open apps. Voice is the greatest way to search on both devices, even if it isn’t perfect.

As a result, using Chromecast’s voice command incurs additional costs, which may influence your decision.

Chromecast is simple to use and effective when it comes to discovering new things to watch. Although FireStick has this capability, it is not as effective as Chromecast. Google Chromecast is great at quickly finding new or relevant content that suits your interests and preferences.

Which Smart TV Stick Should I Buy? – FireStick or Chromecast 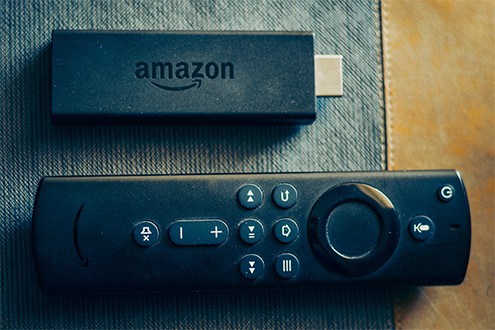 Your priorities determine the best smart TV stick to use. Both devices provide good service and have similar features with minor variances, so choosing between them isn’t easy. Although the Google Chromecast is less expensive and easier to operate, the Amazon Fire TV Stick offers a more comprehensive experience.

The Fire TV Stick, like Chromecast, supports full HD streaming but does not require casting; all you need to do is go to the Fire TV homepage and search for the app or streaming service you wish to use. This means you can control everything with just the Alexa Voice Remote and no other device.

Google Chromecast also allows for multiple users. If you know you’ll need to share your streaming with others, Chromecast may be the easiest alternative.

Can FireStick Be Used as a Chromecast?

Yes, you can use the Amazon Fire TV Stick to cast your screen to your TV. To do so, go to settings and enable the screen mirroring option. Select screen mirroring from the display menu. Casting is a good choice if you want to stream music or videos from your phone instead of using Amazon apps.

What’s the Difference Between Chromecast and Fire TV Stick?

The pricing difference between Chromecast and Fire TV Stick is one of the most noticeable distinctions. Other differences include color, setup mode, content suggestion quality, user interface design, voice command features and device appearance.