Amazon Fire Stick and Fire TV devices have become so ubiquitous that it is hard to imagine anything streaming-related that these devices cannot do.

Current models of both Amazon Fire TV and Fire Stick are able to launch video games, allow users to stream live TV, and use various catch-up features to watch sports and TV series.

Of course, these devices are great for movie streaming as well. In addition to that, users can get even more content if they just spend a bit of time sideloading new apps that are not available on the app store. 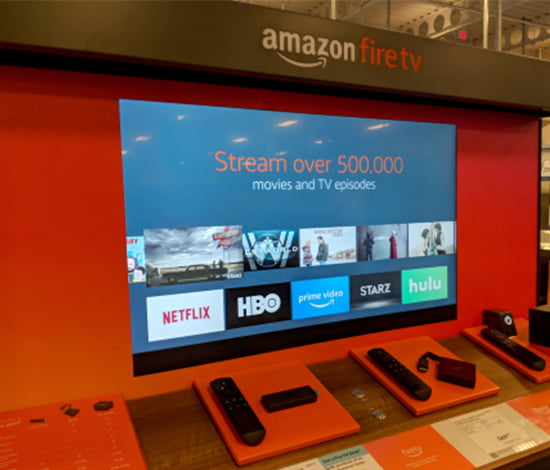 What Is AirPlay and How Does It Work?

The only problem with AirPlay is that it’s not compatible with devices such as Amazon Fire TV. This is one of the reasons why people have to install specialized applications that ‘mirror’ the screen mirroring feature on other devices.

As such, the way to get AirPlay on your Fire TV device is by installing third-party apps.

The Main Problem With Using AirPlay on FireStick

Casting and screen mirroring is a big deal now. No one likes to watch movies on small smartphone screens or even on tablets. Everyone wants to experience the big screen in the form of 4K TVs and other advanced streaming products.

Using AirPlay, iPad and iPhone users can screen-mirror content on their TVs. The only problem with this situation is that AirPlay only really works when users pair it with an Apple TV set. So even if you are an iPhone or iPad user, but do not have an AppleTV set, then AirPlay is practically useless for you.

People who own Amazon Fire TV already know that all Apple devices run on the company’s proprietary iOS operating system. So whatever non-Apple brand TV they have, it is not running on iOS. Because of that, Apple’s AirPlay app simply cannot work on their TV or connect to their internet-enabled devices.

With that said, it is possible to connect your iPad and your iPhone (both Apple devices) to your Amazon Fire TV with the help of Apple’s AirPlay mirroring app. We’ll cover this later.

Things You Need to Connect Amazon Fire TV to AirPlay 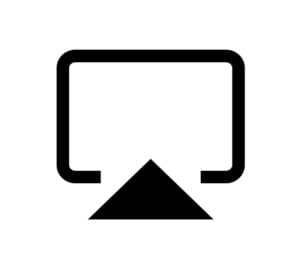 Amazon’s App Store offers several mirroring apps that help users operate AirPlay on FireStick and FireTV. These mirroring apps are all able to bypass any and all iOS restrictions.

Some apps work by mimicking the AirPlay app’s functionality, allowing the users to pair their Apple devices to their Amazon TV. Currently, the most downloaded AirPlay ‘mimic’ app on the Amazon Store is AirReceiver, which costs $2.99.

Step-By-Step Guide: How to Use Airplay on FireStick and Fire TV

Here are the steps you need to take:

Now, if you want to disconnect one of the devices, simply disconnect said device from the wireless network that they share.

And that’s it—now you can connect the AirPlay app from your Apple device to your Amazon FireStick and/or FireTV.

A Free Option to Get AirPlay on FireStick

If you don’t want to pay $2.99 for AirReceiver, you can download the free iWebTV app for both your Amazon Fire TV and your iOS device.

iWebTV has pretty good ratings on both app stores and supports 4K content. It’s one of the best mirroring applications compatible with Fire TV, and it’s completely free.

You can read more iWebTV on the developer’s website. 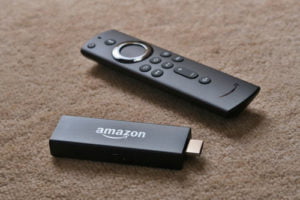 Install the application on both devices and then open it on your iPhone/iPad. After that, use iWebTV’s built-in web browser to select the video you want to screen-mirror and it will mirror that on your FireStick device.

Though the app is free, it does display a banner overlay. You have to pay $.49 per month to remove the banner. You could also pay $.99/month for the pro version, which removes the banner and unlocks additional features like video previews, video ad-skipping, and settings to change your home page and add bookmarks.