Skip to content
Home » How To Install YouTube on FireStick [Quick and Simple]
The Fire Stick YouTube app is now available on the Amazon Fire TV app store. This is the official YouTube app that millions of people use for streaming music, videos and other media on Fire TV devices.

Before getting into the process of installing the YouTube app on Fire TV Cube and other Amazon devices to watch YouTube videos, readers should note that the YouTube TV app (which requires a YouTube TV subscription) is different from the standard YouTube app. YouTube TV is similar to Hulu Live TV and traditional cable services where there are live shows, sports and other similar content.

A YouTube bookmark can work well enough on desktop computers but on a Fire TV device, it’s difficult to navigate even on the best of web browsers. Fortunately, the Amazon App Store makes watching YouTube easy. 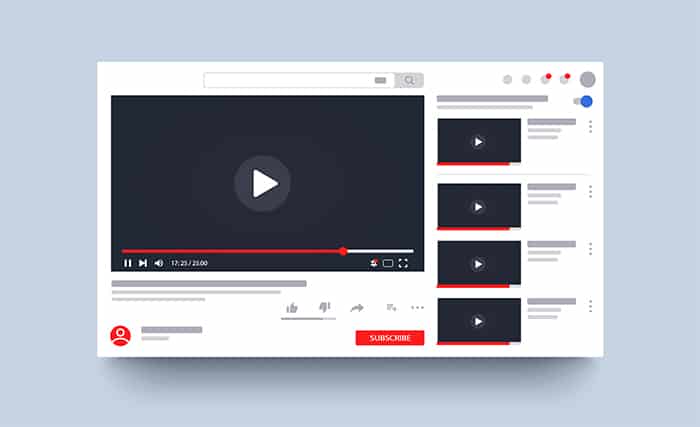 Before following the steps to install YouTube on your FireStick though, users should make sure to have access to the best VPN for Fire Stick.

Step 1: Turn on your Amazon FireStick.

Step 2: Click on Find. The Find button is right next to the Home button on the home screen. To access the search function on older Fire Stick firmware, users may have to look towards the top left corner of the home screen. The magnifying glass icon should allow access to the search option. Users may have to scroll left for a bit before the magnifying glass appears on the screen. 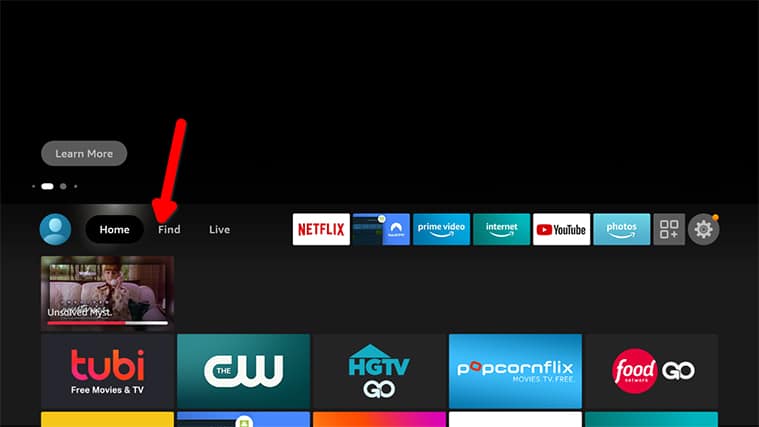 Step 4: Type “YouTube App.” On the new screen, use the on-screen keyboard to type “youtube app” into the search bar. Keep in mind that the YouTube app that you’re looking for is different from the YouTube TV app. 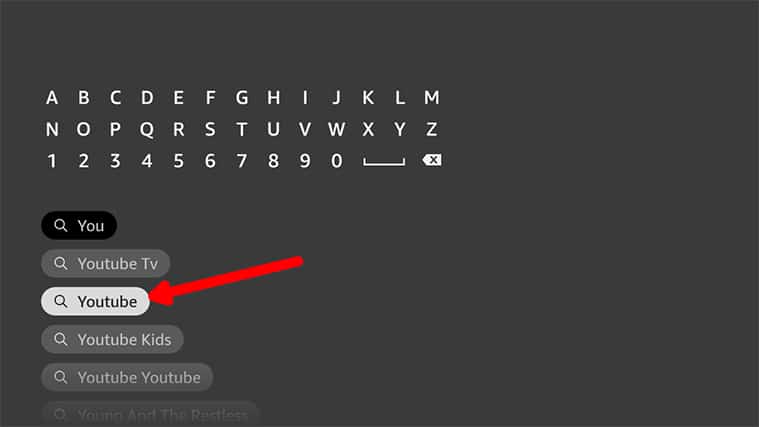 Step 5: Click The YouTube app option. The new screen should show around three YouTube-related apps. As mentioned before, download the one that says just “YouTube” with no text following it. Users who may be installing the app from Amazon Store for the first time may see the button saying “Get” on the next page rather than the button saying “Download.” 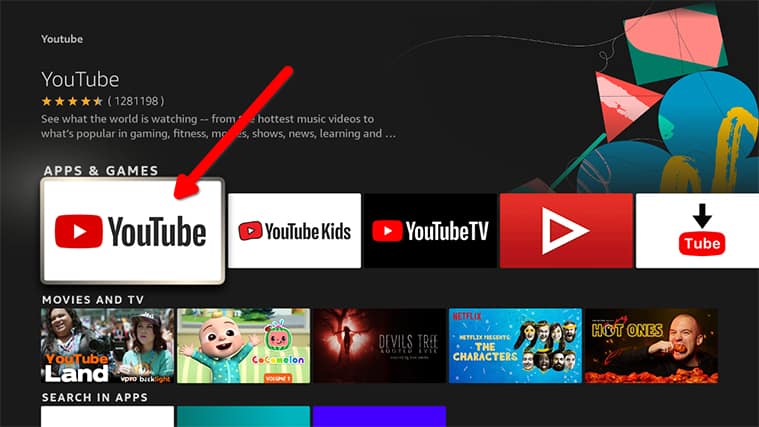 Step 6: Wait for the installation to finish. Depending on your internet connection speed, YouTube should become one of the installed apps within minutes.

Step 7: Launch YouTube. Once YouTube is installed, the app icon should appear on the home screen. You should then be able to click on it and start watching YouTube videos. Also, if you have a FireStick 4K or Fire TV Stick 4K, you’ll be able to watch all of the 4K content that YouTube has to offer. 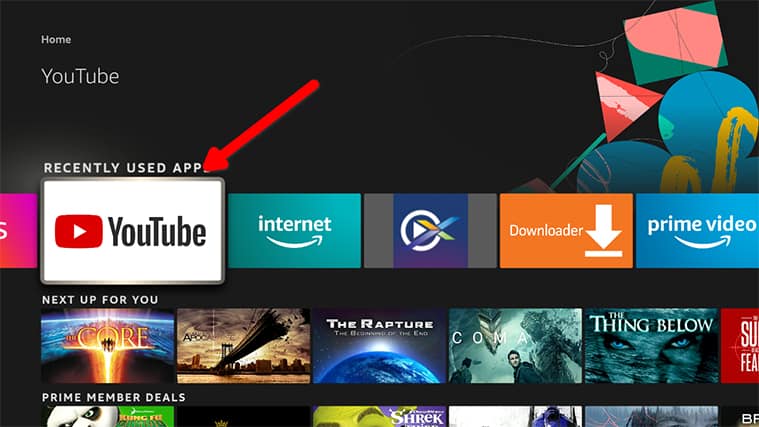 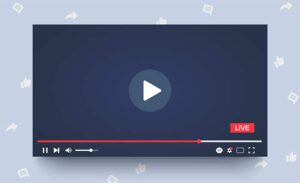 Users may use their Google account or Google ID to get signed in to YouTube. This can help with the search bar facility available within the app. If the app automatically signs in, then the user can click the Sign Out button to log out and start streaming user-uploaded videos and live streams.

Some videos may require the user to be signed in. This is the case for age-restricted content or content that is only available to certain users. If you want to watch these kinds of videos or if you just want to be signed in to YouTube while you watch, complete the following steps: 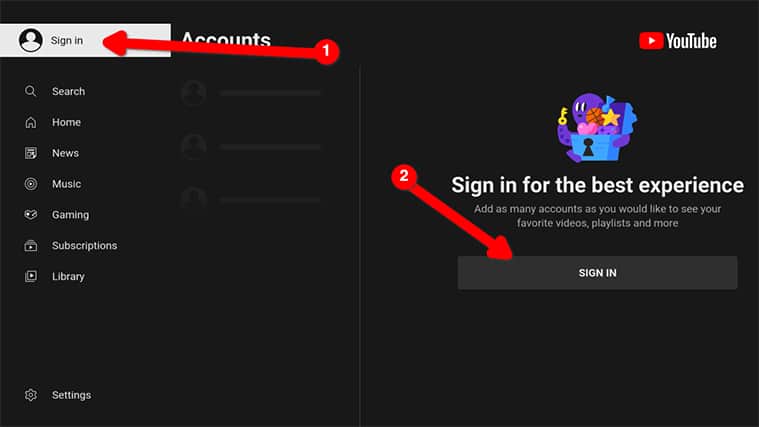 Step 2: Go to the Sign In page. The Sign In page will give users two options on the TV screen. Users can either use a phone to sign in or a computer. Users don’t necessarily have to use a separate device to sign in as available screens of smart TVs can also be used. 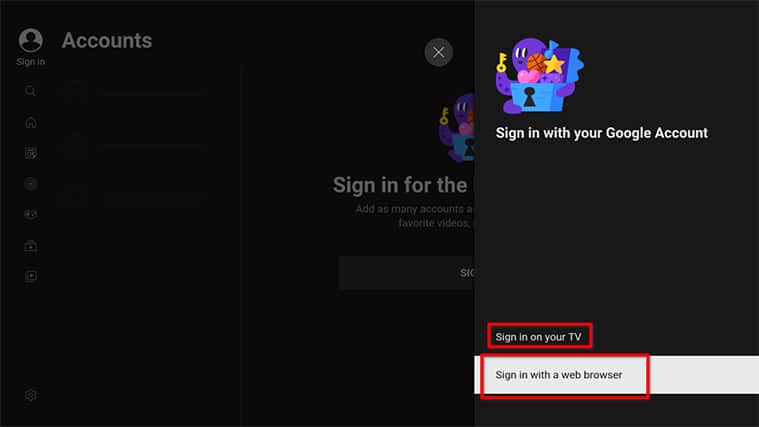 To sign in via a different device, users have to go to youtube.com/activate and then input the activation code shown on the Fire TV YouTube sign in page. After providing the code, users have to use their Google account to actually sign in. 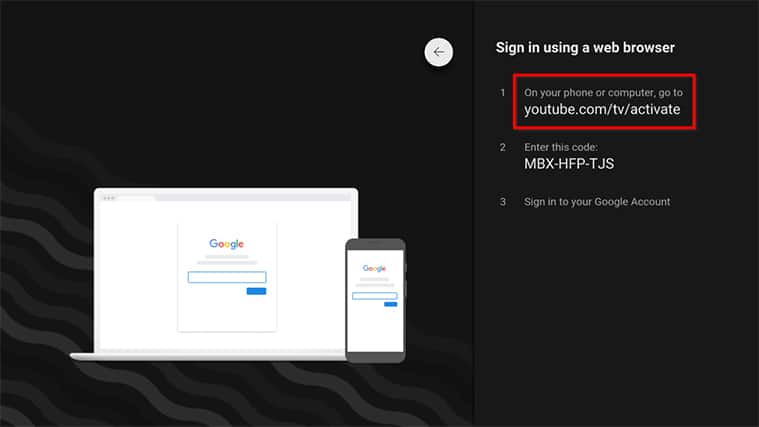 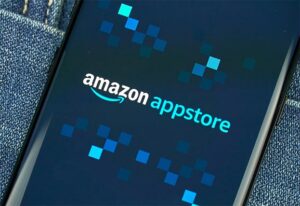 Since the Amazon App Store has started to offer the YouTube app for Fire TV, there’s no need to use the Downloader app to sideload  YouTube or use the Silk browser to access YouTube by typing the required URL in the address bar. The Amazon App Store not only provides the YouTube app but also the apps for other streaming services like Amazon Prime Video, YouTube TV, IMDb TV and Tubi TV among many others.

Users who get stuck should use the comments section below to get help. Just leave us a comment with your question and we’ll do our best to help solve your issue.

Can I get YouTube on FireStick?
Yes, users can get YouTube on Amazon Fire TV Stick and other Fire TV devices such as Fire TV Cube and others.
Can I get YouTube on FireStick U.K.?
Yes, users can get YouTube on FireStick U.K. by first installing the official YouTube app and then installing a good VPN app. After the VPN app is installed, users need to connect to a server in the U.K. and then they’re ready to stream U.K. content on YouTube.
Why is YouTube not available on FireStick?
YouTube used to not be available on FireStick because of a problem Amazon had with Google. But now, the situation has been resolved.
What channels are free with the FireStick?
Lots of channels are free with FireStick. Some of those include Tubi TV, IMDb TV, RetroCrush, ABC News, CBS News, USA Today and Bloomberg TV+ among others.
What channels do you get with Fire Stick?
As mentioned before, users can get as many channels with their Fire Stick as desired. Users have to install the app for the desired channel first from the App Store. FireStick offers channels such as Hulu, Netflix, HBO Go, HBO Now, YouTube TV, AMC and Showtime among many others.
How do you set up a FireStick?
Users can set up a FireStick by simply taking the FireStick out of the box and connecting the FireStick to the back of a supported monitor or smart TV with an HDMI input.
Is YouTube available on Fire TV?
Yes, YouTube is available on Fire TV.
How do I install YouTube on Fire TV?
Users can install YouTube on Fire TV by going to the Amazon App Store, searching for the YouTube app and then installing the app on their Fire TV Stick.
Why won't YouTube work on Fire TV?
Sometimes YouTube won’t work on Fire TV because of a cache issue that can be easily fixed. The cache can be cleared by clicking the Settings option on the home screen and then going to the Applications menu to pick the app that’s having an issue. Once this is done, there should be an option that says “Clear Cache.” Just click this option and see if it fixed the issue with YouTube.
How do I fix YouTube on Fire TV?
Users who install YouTube on FireStick the proper way shouldn’t run into any major problems. But sometimes, a bad internet connection can result in the user being unable to watch YouTube videos on Amazon Fire TV. To fix that problem, users should make sure they have a fast enough internet connection, preferably faster than 8 Mbps.

The same goes for YouTube TV and other subscription services. If there are too many users trying to watch YouTube on Fire TV device or YouTube on FireStick (either through streaming apps or the Silk browser) then that can lead to YouTube problems.

If the smart TV doesn’t support HDMI connections then that can be a problem as well. Sometimes users change their username and password but forget to authorize the changes on their streaming devices such as Fire TV. Other issues such as channel-specific problems and the location of the user may also play a role. To fix YouTube in that sense, the user can install YouTube on FireStick but only use it with a VPN in place.

Does FireStick 4K have YouTube?
Yes, FireStick 4K does offer access to YouTube for video streaming. All that the user has to do is to install the official application for YouTube from Amazon Store on FireStick. After that, it’s up to the user to either sign in to the YouTube app or not.
How do I get 4K YouTube on my FireStick?
4K YouTube content depends on the channel and what resolution the channel has uploaded the content. It has little to do with the FireStick device. So if a channel supports 4K content and has uploaded 4K content to YouTube, then users should be able to watch 4K content through their YouTube apps as they would watch any other piece of content.
Is a 4K FireStick worth it?
Yes, the 4K FireStick is capable of streaming 4K content without stuttering or buffering. FireStick 4K has more computing resources to make everything run smoother than before. Hence, 4K FireStick is definitely worth it.
Which apps work on Fire Stick?
Some of the popular apps that work on Fire Stick include Amazon Prime Video, YouTube, YouTube TV, Tubi TV, Downloader and many others. Essentially any app that the user is able to download on the Amazon Store via the search function will work.
How do you activate YouTube on Amazon Fire Stick?
First, the user has to install YouTube on FireStick and then click the Sign In button in the top left corner. Once that’s done, the app will allow the user to either input the activation code on a phone or laptop or input their Google account credentials.

Do take note that it’s not necessary to sign in on YouTube for FireStick to stream video content. Users can watch videos on YouTube perfectly well even without signing in. Of course, not signing in means users will have to give up the feature of customized video suggestions, which may or may not be a bad thing in the end.