A 24-year old Tom Schwarz, a German fighter still remains in his career as an undefeated player in any of the tournaments or match. He is the only one at a young age to complete all the wins with 16 knockouts at total. The toughest match is his next challenge to look out for. Tom Schwarz has never fought against in his career like Tyson Fury in the ring.

The next match for Tyson Fury is not only the first appearance after titled as Gypsy King but also the first match he is going to appear in the 2019 year. He fought against Deontay Wilder is the last appearance of Fury by last year of December month. However, this match ended without a result and all the fans are requesting to have a rematch between these two giants.

Since both of them are busy with their schedules and other challenges, it is going to happen in the next few months. Also, important that Wilder has recently won the match against the new player Dominic Breazeale. However, the good news is that Wilder is going to fight against Fury, which is the confirmed message for the fans and will happen in the upcoming fights.

How to Watch Tyson Fury Vs Tom Schwarz on Firestick 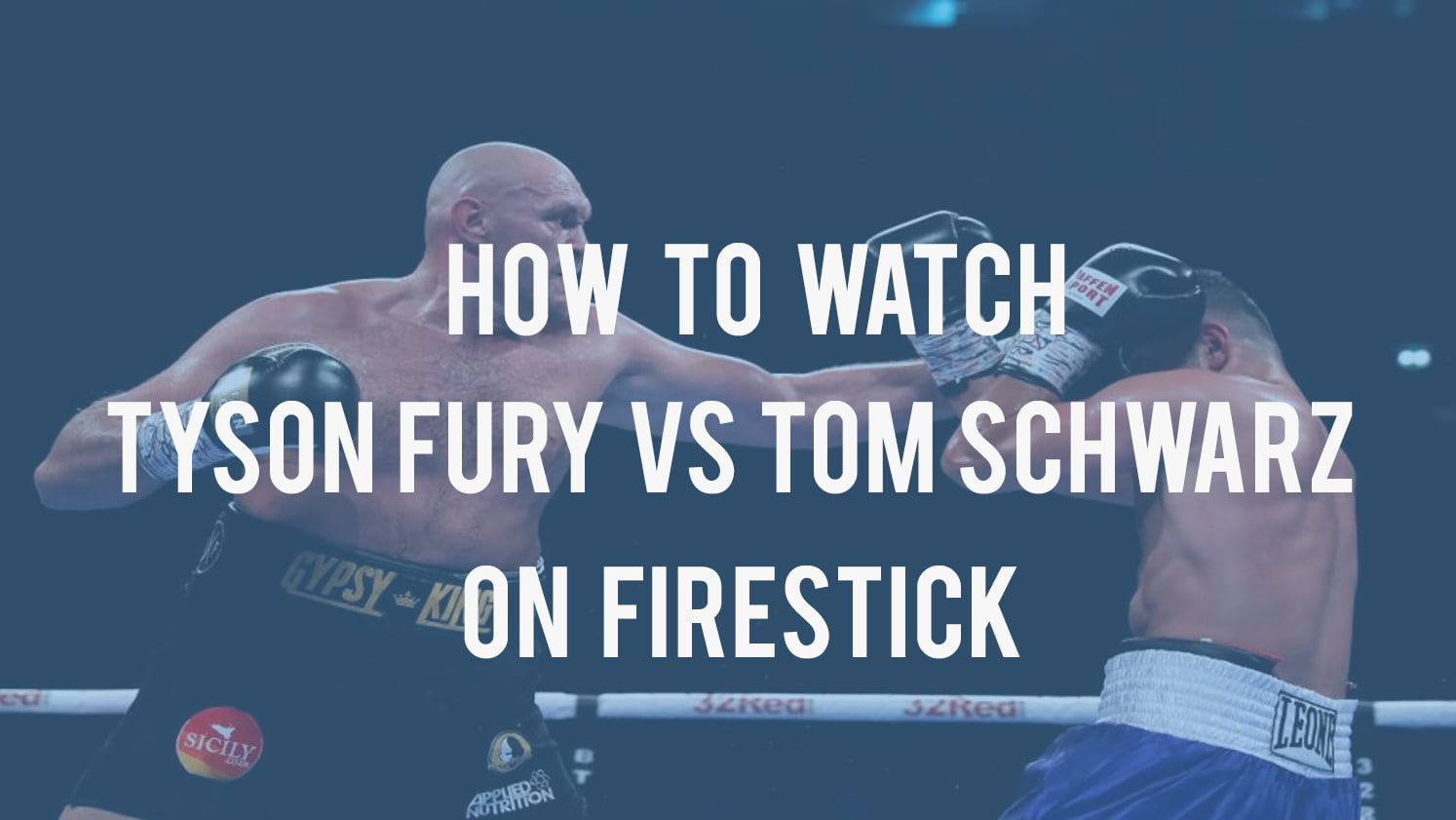 This match will be broadcasted in ESPN Channel as Fury’s deal, for the United States this fight is going to be ESPN-exclusive. The good news is that ESPN network is going to offer live online streaming through the internet. It allows the users to access this match and many other matches like this from anywhere and on any devices.

The fight will only be available of pay per view via ESPN in the USA or other affiliated pay-tv providers around the globe.

Especially, for the United Kingdom country, we have got confirmation from the BT Sports. Both BT Sports and ESPN channels offer the paid subscription which requires an active plan. Here we are sharing step by step tutorial to watch Live match of Tyson Fury Vs Tom Schwarz on FireStick. So make sure you don’t miss any single step. Let’s get started.

Don’t Miss – Do I need a VPN for firestick? Here is your answer

This is how you can watch Live match of Tyson Fury Vs Tom Schwarz on FireStick. This guide also works for Firestick 4k, Fire TV & Fire TV cube.