In this guide, we’ll take a look at how to download BeeTV and install it on your FireStick or Fire TV device. We’ll also discuss how to use BeeTV on Amazon FireStick. This guide works for any Amazon device including Fire TV Stick 4K, Fire TV Cube, Fire TV, and Fire TV Stick.

What is BeeTV on FireStick?

If you like to watch movies or TV, Bee TV is great. BeeTV is an Android application that offers on-demand video content like movies and TV shows. Essentially, it allows users to stream their favorite TV shows and movies without subscription packages. The BeeTV FireStick app works great which is one of the reasons it’s rated so highly among streaming fans.

BeeTV offers hours upon hours of content, all of which is available after you install BeeTV on your Fire TV.

You won’t have to worry about finding good content to watch after you install BeeTV on FireStick. BeeTV also comes with Real-Debrid integration which enhances the streaming quality of your favorite movies and TV shows. Users also have the option to use their Trakt account to sync their watch history with the BeeTV app. 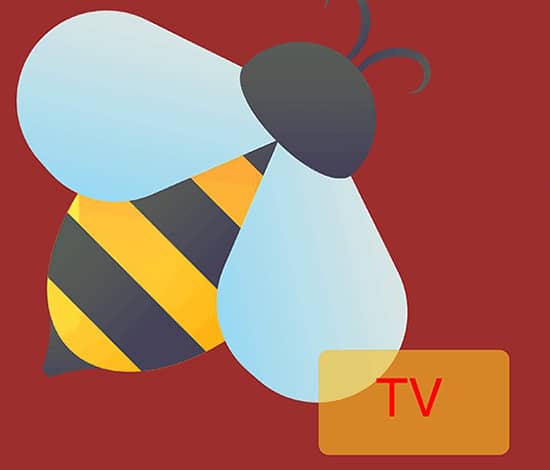 Why You Need to Use a VPN With BeeTV

Internet service providers and government agencies have increased their spending on monitoring software and surveillance programs. Using these tools, they’re able to record the activity of internet users. If you value your privacy then you need to get yourself the best FireStick VPN.

In addition to encrypting your data and making you anonymous, VPN service providers are also able to solve problems like internet throttling and fingerprinting.

There are lots of VPNs on the market today and almost all of them claim to be the best. Regardless of what any VPN service says, generally speaking, you should sign up for a FireStick VPN whose primary focus is hiding your real identity. This way you’ll make sure that no one can track you on the internet no matter what you’re doing.

Since you want to stream content on an Amazon FireStick with a VPN, you should try to get a VPN that has fast VPN servers and offers advanced security features like a kill switch and auto-connect. Apart from that, it’s considered good practice to sign up with a service that offers a 30-day money-back guarantee. That way you don’t lose money if you don’t like the service.

How Do I Install BeeTV on My FireStick?

Bee TV isn’t available on the Amazon App Store so you’ll need to sideload the Bee TV APK on FireStick or Fire TV. The BeeTV download has to be done using a different app, but once you’ve sideloaded it you can install BeeTV fairly easily. Just follow these steps below.

There are many ways to get third-party applications on FireStick, but the easiest and the most straightforward one is to sideload it. To do that, you have to select and enable the option Apps From Unknown Sources.

Don’t worry about the setting itself, though. It’s just set to Disabled by default so that novice users don’t end up doing something foolish. As long as you follow the steps below you’ll have nothing to worry about.

Your FireStick, Fire TV or Fire Cube device is now ready to install third-party applications. The next step is to download the BeeTV APK file so you can install BeeTV on FireStick.

Step 2: Get BeeTV on FireStick 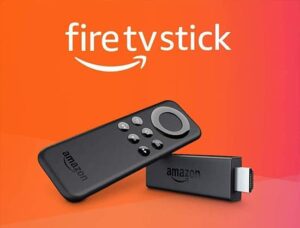 FireStick, Fire TV and Fire Cube devices don’t have the ability to let users download files while they’re using a browser. In other words, you can’t just open your browser and then download a third-party app.

Unfortunately, this means there are extra steps to start the BeeTV APK download and then install BeeTV.

What you have to do instead is sideload Bee TV using a supporting app. This will be an additional app that you’ll have to install on your Amazon FireStick device apart from the BeeTV app. While it sounds like extra work, it’ll get you one step closer to watching movies and TV shows on your FireStick, Fire TV or Fire Cube.

The two best third-party applications to use for sideloading are ES File Explorer and Downloader.

Since both apps will work, we’ve included steps for both of these apps. Installing ES File Explorer or Downloader isn’t a difficult task since both of these sideloading apps are available on the Amazon App Store.

All you have to do is open up the Amazon App Store and use the Search option which is located in the upper left corner of the home screen. From there you’ll have to input the exact name of the sideloading app that you’d like to download and install. Just type ES File Explorer or Downloader into the search bar and start to install the application.

Step 3-A: Install BeeTV on FireStick via Downloader App

You don’t need to be concerned about the safety standards used by Downloader. It’s one of the most-used apps for sideloading on the Amazon Fire Stick platform. It can help you download and install pretty much any APK on FireStick that isn’t available in the Amazon App Store including Bee TV. Just follow the steps below to get started.

You now have BeeTV on your FireStick. You can start watching TV shows as soon as you like and you can feel free to free up some space by deleting the Bee TV APK on FireStick. You can also choose to save the APK file if you think you might need to install the app again in the future.

Step 3-B: How to Install BeeTV on FireStick With ES File Explorer

This is the main reason we suggest you follow the free method above and use the Downloader app to install BeeTV on FireStick.

With that said, there’s no doubt that ES File Explorer is one of the best sideloading apps available on FireStick.

In addition to acting as a great sideloading app, it can also work as a file manager.

Just follow the steps below to use ES File Explorer to install BeeTV on FireStick.

You can now delete the BeeTV APK if you’d like. You won’t need it now since the app is installed on your device. You should now be able to watch TV shows and movies using Bee TV.

How to Use BeeTV App on FireStick 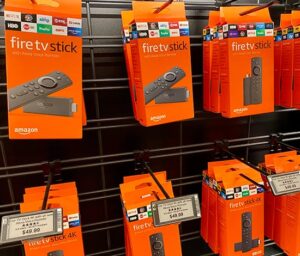 One small problem with using the BeeTV app on FireStick is that once you install the Bee TV app, it doesn’t show up on the FireStick home screen.

To make it easier to use the BeeTV app you should move it somewhere that’s easier and faster to access. You can move the BeeTV icon to the home screen and access it from there. You can do this by following the steps below.

You can now access BeeTV from the home screen. You won’t have to sift through menus and other apps to start watching TV shows and movies with BeeTV.

How to Update BeeTV on FireStick

You don’t need to worry about updating your BeeTV FireStick app. This is because once you’re finished with your Bee TV APK download, the Bee TV app will inform you whenever there’s an update.

So whenever you have a BeeTV update, click on that prompt and your BeeTV on FireStick, Fire TV or Fire Cube device will take care of the rest.