With a simple Disney+ subscription package costing just $6.99 per month (and the bundle deal with ESPN+ and Hulu for $12.99/month), it’s easy to understand why so many people want to know how to watch Disney+ on their streaming devices.

And when it comes to streaming, Amazon’s FireStick rises to the top.

In this guide, we’ll show you how to watch Disney+ on your Amazon Fire TV Stick. Let’s get right into it:

Disney+: The New Player in Town

The streaming industry is increasingly crowded with competing services. So what makes Disney+ stand out?

Disney+ has been out for less than a year but already commands a sizable number of customers. Since its launch in November 2019, when over 10 million customers signed up in a single day, Disney+ has increasingly grown its audience worldwide.

It is understandable that Amazon FireStick and Fire TV owners also want in on some of the action.

Before we get into the steps, we’d like to address the rumor that Amazon FireStick has trouble streaming content from Disney+. This is not the case.

Disney itself has confirmed that FireStick and Fire TV will be able to stream its content. Apart from Amazon Fire TV and FireStick though, you can watch Disney+ on other devices including:

Step-by-Step Guide: How to Install Disney+ on FireStick & Fire TV

And that’s it! Now you can start streaming any of your favorite movies or TV shows on FireStick.

How to Watch Disney+ on Fire TV in 4K

Look, 4K is important. There is no point in holding yourself back at 1080p just because of nostalgia.

Of course, we cannot overlook the fact that not all streaming devices offer users 4K content support. 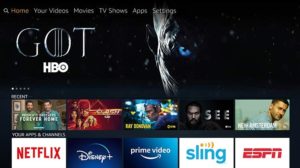 We should mention here that the quality will depend on the speed of your internet connection. So keep that in mind before you get frustrated with the lack of 4K content and smash your FireStick device against the wall.

To watch Disney Plus on FireStick in 4K, you need a 4K device. These are the devices from Amazon that currently support 4K content:

If you have a device that’s different from the list above, you may not be able to stream 4K content on your Amazon Fire TV device.

That isn’t especially bad since 1080p is still considered decent quality. Generally speaking, if you bought your FireStick and Fire TV devices either in 2015 or later, you should be able to watch Disney Plus on FireStick in 4K without any problems.

Disney+ is also available in HDR.

Viewers in India will get Disney Plus via Hotstar. Currently, Hotstar costs Rs. 299 or $4 per month.

Let’s assume that you watch to watch Disney+ on FireStick and Fire TV in nothing less than 4K resolution. In that case, it’s recommended that you have at least 25Mbps internet connection. 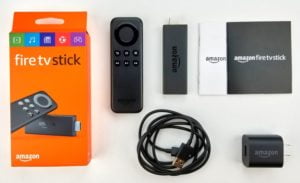 If you don’t know how to measure your internet speed (and don’t know which internet package your internet service provider provides for you), head on over to speedtest.net and run the available test. The speed you’re interested in is the download speed.

If you run the test and find that your download speed is more than 25 Mbps, then you’re all set for watching Disney+ in 4K on Amazon FireStick.

So what should you do if you find that you have a slower internet connection?

Well, in that case, head over to the Disney Plus website and try to stream some content in 4K to see how it goes.

But whatever happens, if your internet speed is below 15 Mbps, then we highly recommend getting a faster internet connection.

Disney+ Not Working on FireStick?

If you have an internet connection speed that is higher than 5Mbps, then you can stream Disney+ (albeit on a much lower resolution), so first check if you hit that mark. For 4K, as mentioned above, you need at least 15 Mbps; preferably 25 Mbps.

Apart from that, if Disney+ is not working on your device, you should restart your Wi-Fi router. Make sure you unplug your Amazon device.

Then wait for around a minute and plug the device right back in. This will restart the internet connection and TCP/IP settings on your device so you should be able to attain the highest connection speeds possible.